America’s Midwest is filled with interesting historical and entertainment sites that create unforgettable memories for the whole family.

Turner Falls Park in Davis, Oklahoma
This is a family-friendly destination in the Arbuckle Mountains. There is rugged wilderness for hiking, caves to explore, cool springs and sandy beaches with swimming and wading areas, a 77-foot waterfall, a Rock Castle, geological formations and more. If you want to extend your visit, there are cabins, RV hook-ups in campsites and picnic areas.

Headlands International Dark Sky Park in Mackinaw City, Michigan
The twinkly stars of an educational outdoor planetarium draw visitors to this 600-acre county park along the shores of Lake Michigan in the upper/lower peninsula area that became the world’s ninth International Dark Sky Park. Free programs beside a bonfire present cool tales about the universe and planets along with ancient folklore and legends. Dress warm because it is chilly with the close proximity to the Lake, and take a flashlight as it gets pitch black.

Missouri State Penitentiary Ghost Tours in Jefferson City
This prison, opened in 1836, now has ghost tours that began recently and have pushed the interest in this creepy complex to a high level. When “Ghost Hunters” on the SyFy channel aired its paranormal program about what had been the largest prison in the world, even more travelers became eager to see the site and hear the former warden and guards share their stories.

This amazing prison compound actually housed inmates for 168 years in what was the oldest continually operating prison west of the Mississippi. It was finally decommissioned in 2004. This prison was 100 years old when Alcatraz started having inmates.

The three-hour Ghost Tours are held at night and include the death row and the eerie dungeon. There are five tours a night three nights a week and average 20 people per tour. Included is a class about the cameras and tools used to document paranormal occurrences followed by an informative tour.

Also available is a two-hour history tour with a walk through housing units, the upper yard and the gas chamber where you are invited to sit in “the seat”. That tour also features cells of inmates Sonny Liston, who boxed there in the 1960s, and James Earl Ray, who managed to escape before he assassinated Martin Luther King Jr. You can also sign up for overnight ghost hunts.

Conner Prairie’s 1863 Civil War Journey: Raid on Indiana in Fishers, Indiana
The experience at this $4.3 million 850-acre interactive living history village on the outskirts of Indianapolis presents traditional storytelling, costumed townspeople, and high-tech theater to share how people responded when thousands of Confederates raided their businesses and homes in July 1863. There is also a Kentucky-born guerrilla fighter, a pioneer fur trader who negotiated with the Lenape Indians, a Lenape Indian Camp and blacksmiths hammering out authentic 19th-century-style nails.

“Morgan’s Raids” were the only Civil War battles that took place in Indiana and are now re-enacted in this historical village of authentic broad-timbered barns and where you can view a smoldering ruin and the burned facade of the train depot.

Enjoy your adventures in America’s Midwest where the above are just a “taste” of the memorable destinations that await you. 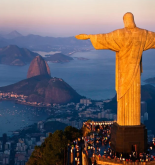